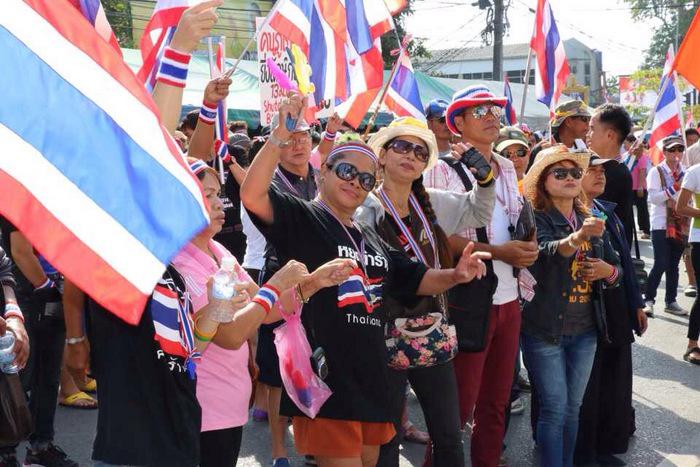 PHUKET: The long-standing anti-government protest in Phuket led by the People’s Democratic Reform Committee (PDRC) broke down its stage last night out of respect for martial law which was decreed early yesterday.

The PDRC protesters dominated Phuket Provincial Hall, forcing it to close for about four and half months before allowing it to re-open on April 8 (story here). Even after the building re-opened, protesters maintained a presence with the stage that they set up on January 13 (story here), and remained vigilant.

“We have to follow the orders of Army chief Gen Prayuth Chan-ocha, as we are now under martial law,” protest co-ordinator Amnuay Kumban told the Phuket Gazette today. “Last night the military’s Peace and Order Maintaining Command ordered a stop to any rallies involved with politics.”

Though Phuket protesters have agreed to break camp in the province, they plan to join rallies in the capital.

“We will go to Bangkok and participate in rallies at the big stage to give our full support to PDRC Secretary-General Suthep Thaugsuban,” Mr Amnuay said.

Additionally, the Blue Sky channel, which protesters were using to follow the action on PDRC stages in Bangkok, was shut down by army order, as were other stations carrying political content.

“There is no longer anything for us to do, if we don’t have live television,” Mr Amnuay added.