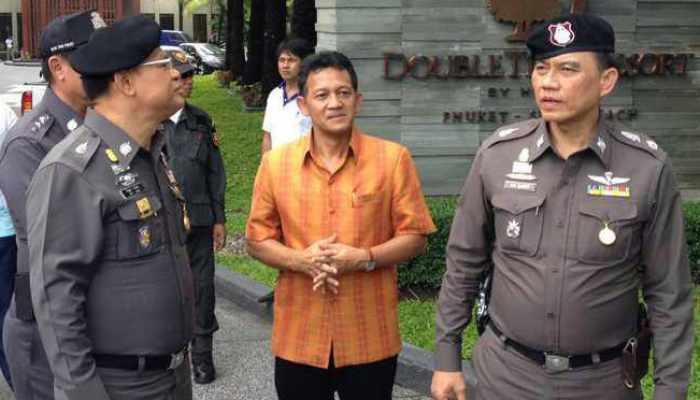 Unlike the mass raids yesterday, when 73 drivers were arrested (story here), no soldiers from the Fourth Army Area Command in Nakhon Sri Thammarat were present to provide military support.

An estimated 500 officers began in Cherng Talay, where an illegal taxi stand in front of the high-end Twinpalms resort at Surin Beach was torn down.

Lt Gen Panya Mamen, Commander of the Royal Thai Police Region 8 division, who is spearheading the assault on Phuket’s transport mafia, told the Phuket Gazette that his goal was to rid the island of taxi and tuk-tuk cartels by attacking them at the grassroots level – that is, on the streets.

Also targeted in the current crackdown are the kickbacks that taxi and tuk-tuk drivers receive in bringing tourists to specific shops, where the visitors are overcharged for items.

Gen Panya last night told the press that kickback-ripoff scams in Phuket from 2009 had cost the island’s economy an estimated 500 million baht.

Take it to the green with Environment Day in Phuket