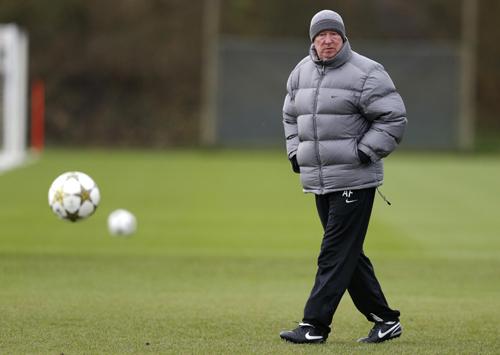 After newspaper headlines had declared the end of an era, with reports that 38-year-old Scholes had told friends he planned to retire for the second time, Ferguson put the record straight ahead of United’s trip to Swansea City tomorrow.

“I would be surprised if Paul had spoken to someone without speaking to me – and he hasn’t – so we can dismiss that,” said the Scot.

“Ryan could play for another year or two. Rio has been terrific,” he added.

Scholes turned professional at Old Trafford in 1993 and retired in May 2011 before having a re-think last January when United were suffering an injury crisis.

Giggs, 39, has played for United since 1990, while 34-year-old Ferdinand is the comparative youngster and newcomer after joining in 2002.