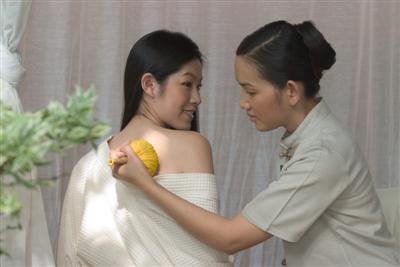 PHUKET: In a bid to improve health and safety standards, the Excise Department has canceled excise tax for spa treatments in licensed spas.

It is good news for licensed venues, but not the vast majority of Phuket spas that are unlicensed and will have to continue paying the tax after the new regulation takes effect on January 20.

Even worse for the unlicensed spas, the tax will be increased on that date and spas that continue to operate without permission will face fines.

The Phuket Spa Association last week held a seminar to help its members understand the changes, which were first announced on October 20.

Excise tax lawyer Sutham Suriyo explained the rationale behind the department’s move to cease excise tax collection from spas, which the spa association had been lobbying in favor of for years.

“We’ll lose revenue, but this will improve spa businesses because they will have to meet standards set by the Ministry of Public Health (MoPH),” he said.

Mr Sutham said the department would be much stricter in its scrutiny of spa businesses than before.

“If excise officers find one without a license, the business will have to pay more tax, calculated from the day the business opened. They will also be fined 5,000 baht,” he said.

“Spa managers must have bachelor degrees and pass annual examinations organized by the MoPH,” he said. “Therapists must pass MoPH-approved training courses.”

Mr Ekkarin said the number of Phuket spa businesses with licenses fluctuates because permission papers must be renewed annually.

Currently 65 spas in Phuket are licensed compared to more than 200 unlicensed venues, he said.

Licensed spas will enjoy MoPH support including promotion abroad and training to improve standards, he said.

“Most of the time the reason spa businesses don’t get licensed is that they can’t see the benefits,” he said. “Until now, nobody has punished illegal spas.”

The PSU seminar was held to help members understand the forthcoming changes – and improve their spas.

“The important thing is for managers and therapists to be well trained in safety, service and their products,” said Mr Wichien, who is also the director of The Royal Spa in Phuket Town.

“Before, spa businesses without licenses were afraid of getting taxed more if they became licensed,” he explained. “This new policy should make them want to be in the licensing system.”

The association will now encourage its unlicensed members to get licenses soon, he said.

“I know they are qualified enough,” he said.

“The license makes us reliable,” she said. “I agree with the regulations and think they should be stricter.”

It should be clear to customers which spas met quality standards and which didn’t, Ms Venus said.

“I used to get complaints from customers asking why other spas are cheaper than us,” she added.

Tanittha Bualoy, accounting officer at the unlicensed La Flora Resort in Patong, said her spa would apply for a license as soon as possible.

“Our spa is high quality and already meets the standards anyway,” she said.