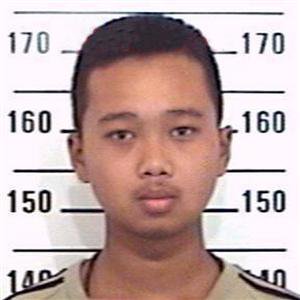 RASADA, PHUKET: A Phuket Rajabhat University student handed himself in to police after stabbing a fellow student to death early on Saturday morning,

Wutiphong Meemai, a first year student from Krabi, confessed to stabbing 20-year-old Kritsana Lao-orn in the chest outside the ‘Wihok’ bar on Rassada Anuson Road in Tambon Rasada earlier that night.

When police, including Lt Col Wijak ‘The Magnet’ Tarom, arrived at the scene at around 12.30am they found large quantities of blood on the street outside the bar.

Mr Kritsana, from Trang province, had already been rushed to the nearby Mission Hospital.

He was later transferred to Vachira Phuket Hospital, where he died from his injuries.

Mr Wutiphong, 19, handed himself in at Phuket City Police Station at 3am.

He told investigating officers he went to Wihok to meet friends. When he got there, he saw an older student with whom one of his close friends had previously quarreled.

Mr Wuthipong approached the man to apologize for the trouble. At this point Mr Kritsana grabbed him by the throat and slapped him in the face, he said

Mr Kritsana may have believed he was the student involved in the dispute, Mr Wuthipong said.

Mr Wutiphong drew a knife and stabbed Mr Gritsana in the chest before fleeing.

The knife punctured the victim’s lung.

Mr Wuthipong has been charged with homicide and carrying a weapon into a public place without permission.

The incident was the third violent attack reported in Phuket on Saturday morning, a brawl broke out in rice soup shop in Chalong and a ladyboy was found dead in an execution-style shooting murder in Wichit.