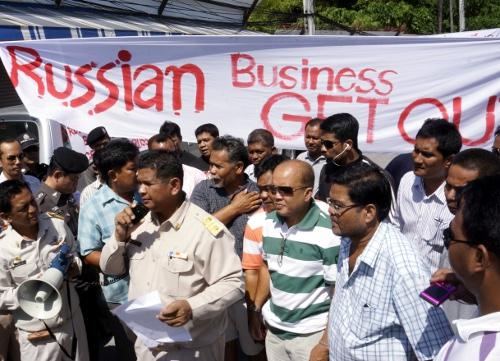 PHUKET: Phuket in recent months has suffered a spate of public protests against Russians operating tour services here, including mob action that saw one tour operator in Bang Tao being ordered to close (story here).

In light of the staggering number of tourists arriving from Russia – Phuket’s second-largest and still growing tourist sector – the latest Phuket Gazette online readers’ poll asks “Do you think the tourism infrastructure on the island – including facilities and qualified staff – is developed enough to support the volume of inbound Russians?”

• Facilities yes, staff no – there are already enough businesses in Phuket to serve the number of Russian tourists coming, but not enough qualified staff who speak Russian available on the island

To view the results of our previous poll, asking “Should owners of all new buildings be required to provide parking spaces as a requirement for issuance of a building permit?”, click here.