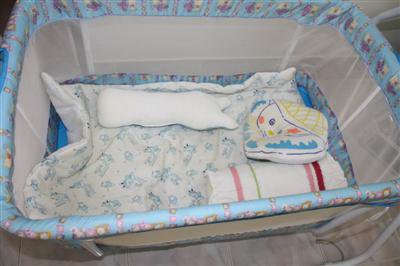 PHUKET: Chalong Police continue to scour Burmese labor camps on Phuket in search of a woman wanted in connection with the death of an infant left in her care by a Thai businesswoman last week.

For the previous report of how four-month-old Pornprasert Phromraksa was found dead by his mother on Saturday morning, click here.

Chalong Police Superintendent Chinnarat Rittakananond earlier told the press that the woman is only wanted for questioning, as police have not yet been able to confirm the baby was murdered.

An initial examination of the body determined asphyxiation as the cause of death, but there is no clear evidence the boy was intentionally choked or strangled by his 32-year-old Burmese nanny, identified only as ‘Ple’. Scratch marks on the infant’s left cheek have led investigators to suspect foul play, however.

However Mrs Palida has now relented and the child’s remains will soon be sent to the forensics unit at Prince of Songkla University Hospital in Haad Yai, police said yesterday.

There are no medical facilities in Phuket capable of performing full autopsies, only preliminary post-mortem exams.

Believing the nanny still to be in Phuket, Chalong Police led by Maj Jaran Bangprasert have already checked at least three labor camps on the island – to no avail.

The high-profile case is being watched closely by Phuket Governor Wichai Phraisa-ngop, who has ordered officers to find the suspect.

He has also ordered the Phuket Labor Office to see if there are any records confirming that the nanny was ever legally registered to work in Thailand.

“I have often stressed the importance of using legally registered alien workers, because if there are problems they are easier to track down,” he said.

There are currently 30,000 Burmese workers registered under the Thai alien worker program, which is also open to nationals of Cambodia and Laos.

Some estimates of the actual number of Burmese living in Phuket put the figure at over 100,000.

A joint project between the Thai and Burmese governments to issue ‘work visas’ to unregistered alien workers is widely regarded as a failure, in part because many workers fear the Burmese government will use their private information to persecute their families back home.

Another problem is that many of the so-called ‘Burmese’ are actually Mons or members of other ethnic groups who have emigrated to Thailand from their homelands inside Burmese territory.

The military junta does not recognize them as Burmese citizens, making it impossible for them to complete the first step in the registration process: having papers issued confirming that they are Burmese nationals.