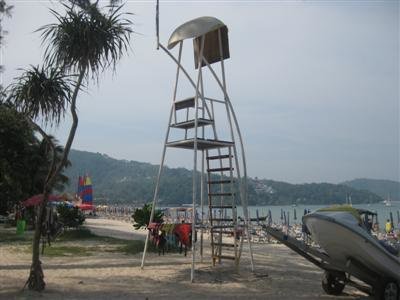 The contract with LP Laikham expired on November 12 and was not renewed due to ‘managerial issues,’ according to the PPAO.

This year the beaches included in the project will be divided into two zones: north and south.

Companies winning contracts will provide lifeguards and safety equipment at beaches under their jurisdiction.

South zone beaches and the required coverage is as follows:

North zone beaches and the required coverage is as follows:

Mr Paiboon warned tourists that the presence of beach guards did not mean they should ignore red flags warning against swimming.

“No matter how many beach guards we have, we can’t protect tourists’ lives if they don’t obey the beach guards’ advice,” he said.