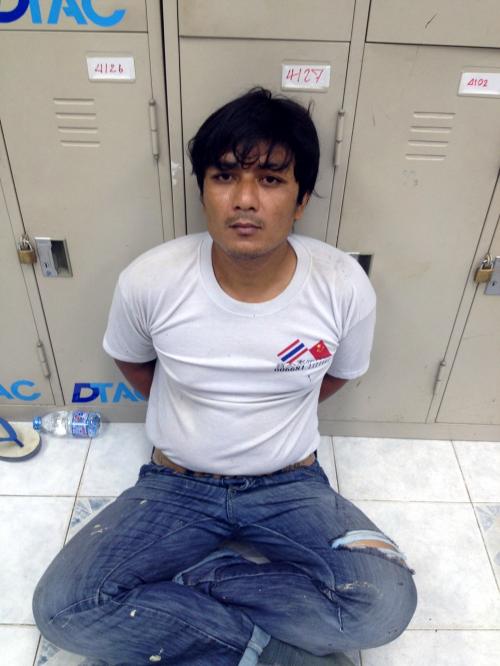 PHUKET: Police yesterday arrested the man suspected of having robbed and stabbed a 17-year-old woman to death early on Sunday morning.

“He told us he just wanted her gold necklace,” said Lt Col Prawit Engchuan of the Phuket City Police.

Neighbors recognized Somkid Saisema, 33, from CCTV pictures they saw on TV and notified police, who raided his house on Soi Makham Koo in Wichit at 3pm.

Police also found clothes that matched those the suspect in CCTV images was wearing: a white shirt, long black shorts with white stripes and black flip-flops.

Mr Somkid is accused of following Wassana Lerdsongkram and her 2-year-old nephew into a Tesco Lotus Express in Rassada, where the CCTV pictures were taken, then stealing her gold necklace from her as she walked home (story here).

When she fought back, he stabbed her six times; in the chest, abdomen, arms, thigh and back.