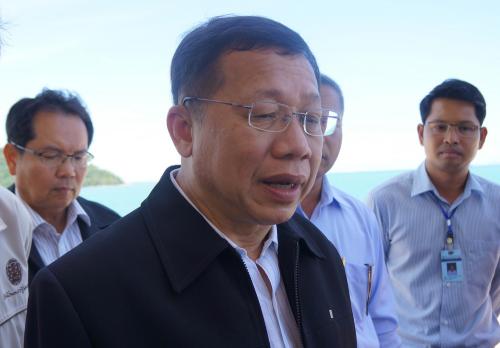 PHUKET: The Tourism and Sports Ministry would like to make it compulsory for all foreign tourists to have travel insurance before entering the Kingdom because unpaid bills are putting a huge strain on cash-strapped public hospitals in major destinations, particularly Phuket.

However, some tourism-business operators warn that this measure might keep away travellers as well as tarnish the country’s image.

In a telephone interview with The Nation, Tourism and Sports Minister Somsak Pureesrisak said the ministry was readying to implement the regulation to cut down on foreign tourists’ unpaid medical bills that cost the country more than 200 million baht annually.

“They agree that foreign tourists should buy an insurance package, which would cost about 500 baht,” he said.

This would first be applied to tourists who apply for visa at Thai diplomatic missions overseas. The ministry has yet to decide whether this would apply to those who do not need a visa to enter the country.

According to Yuthachai Soonthronrattnavate, president of the Association of Domestic Travel, tourists coming to Thailand on tour packages are already required to buy travel insurance, which allows them to claim 1 million baht for death and up to 500,000 baht for injuries.

Based on the Tourism Ministry’s data, up to 6.19 million tourists, or about 28 per cent of the total 22.35 visitors, came to as part of a tour package last year. Thailand earned 984 billion baht in revenue from tourist spending in 2012, and expects to earn as much as 2.2 trillion baht from visitors in 2015.

Meanwhile, Phuket has had to shoulder about 5mn baht a year in medical costs for foreigners who don’t have insurance or are unable to pay for the services, said Dr Bancha Khakhon, chief of the Phuket provincial public health office.

“Whether they can pay or not, it’s our obligation to save their lives first,” he said, adding that most foreign patients sought treatment for motorcycle-related accidents. Those who have health insurance are able to receive emergency treatment at private institutions, while those who do not need to be referred to public hospitals.

Tourism Minister Somsak’s pursuit of mandatory travel insurance follows the call by German honorary consuls for Phuket and Chiang Mai urging all tourists to take out adequate travel insurance before travelling to Thailand.

German honorary consuls Dirk Naumann (Phuket) and Hagen Dirksen (Chiang Mai) handed over a cheque for 100,000 baht to Vachira Phuket Hospital on July 24 in appreciation for the facility providing medical services to travellers who were unable to pay for their treatment (story here).

“If they like to live or travel overseas, they should have travel insurance or health insurance. Otherwise, they must have a big bank account balance in case anything happens,” Mr Dirksen said.

“Here in Thailand, and elsewhere, travellers will be asked to pay for any expenses incurred,” he explained.

To read the Phuket Gazette Editorial ‘For tourists, due diligence is essential…’, click here