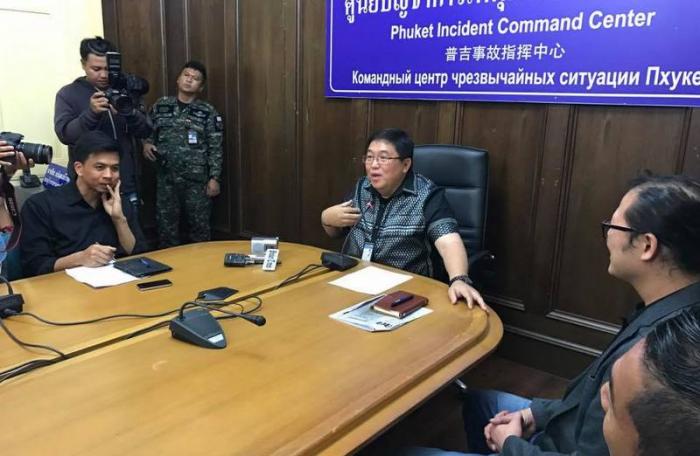 PHUKET: A proposal to extend the operating times for nightlife entertainment venues in Phuket will be prepared and presented to Prime Minister Gen Prayuth Chan-o-cha, Phuket Governor Chokchai Dejamornthan has confirmed.

The Governor has not revealed an exact date, but asked for strict cooperation from restaurant and bar owners in the ‘meantime’.

“I understand that it impacts nightlife and tourism, but we need to follow the law. We are working on the extension request to be submitted to the Prime Minister as well as the Ministry of Interior,” said Gov Chokchai.

“We know most visitors to Patong are tourists and that they come there to enjoy the nightlife, but the rule regarding closing times has to be applied universally – all restaurants must close at midnight and bars at 1:00 am.

“We don’t mean that you start pushing customers out at 1am, but you must turn on the lights and start billing customers. If it takes a little longer to shut down, that’s acceptable,” Gov Chokchai added.

“Patong already falls under the ‘tourist zone’ – it’s imperative for officials to understand that businesses here will suffer huge losses if they are forced to shut down at 1:00am,” said Patong Entertainment Business Association President Weerawit Krueasombut.

“We’re imploring the government to resolve this issue as soon as possible, so we can be allowed to operate until 4:00am. This is the time during which we conduct the highest volume of business.”

Several bar owners have insisted that their customers complain about the 1am closure.

“This has ruined my holiday. I have been to Phuket at least a dozen times in the last 10 years, but this has never happened before,” long-time Phuket tourist Carol Sunder told the Phuket Gazette.

“If Bangla is a nightlife area, why do the bars have to close an hour after nightlife actually begins?” she added.