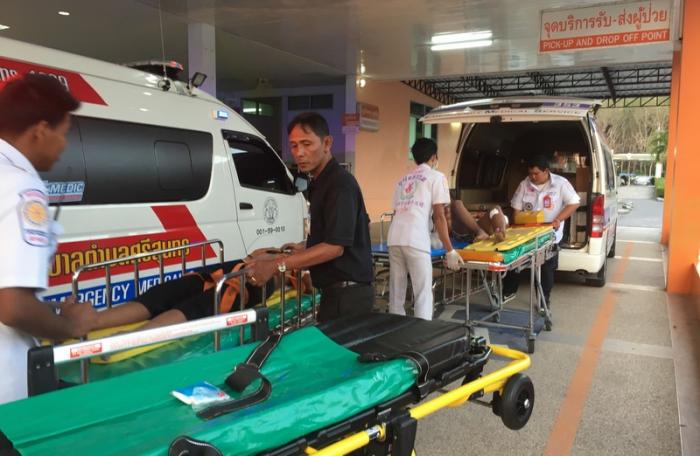 PHUKET: Two teenage boys were stabbed by a gang of teenagers who allegedly tried to rob them at Bang Niew Dam Reservoir in Thalang yesterday evening.

Both victims were taken to Thalang Hospital for treatment, where they were stable enough to give a statement to police.

“The victims told us that they rode their bikes to the reservoir, where they were enjoying a picnic when a group of 5-6 teenagers approached them on two motorbikes. At first they said they just wanted to talk, but then one of them brandished a knife and asked them to hand over their possessions,” said Maj Chaleam Nhoochuay of Thalang Police.

“The teens resisted, so the suspect(s) stabbed them and they all made off on their motorbikes.”

Passersby saw the injured boys and called police and rescue workers to the scene.

“We are investigating further and examining CCTV footage in order to locate the gang,” said Maj Chaleam.