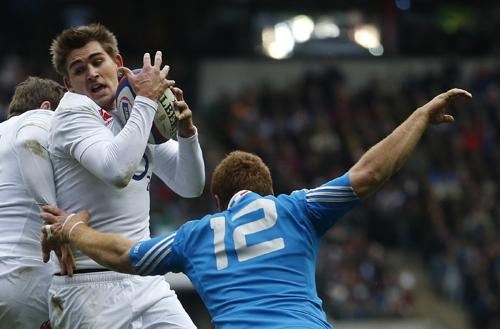 Everything to play for in Cardiff finale
Reuters / Phuket Gazette

PHUKET: After a painfully poor-quality weekend of Six Nations rugby that produced three tries and an off-the-chart penalty count, fans will hope that next Saturday’s title showdown between Wales and England in Cardiff lives up to its billing.

It will undoubtedly be a fantastic occasion with the Millennium Stadium at boiling point, though with so much at stake the chances of a feast of open rugby are probably slim.

England travel in search of their second title in three years and their first grand slam since the World Cup-winning year of 2003 following yesterday’s 18-11 victory over Italy.

Wales, however, will relish the chance of ruining England’s party and, having been well-beaten by Ireland in their opening game, have got themselves into a position where an eight-point win would see them retain the title they won last year.

A seven-point victory could see the title decided on try-count, where Wales currently lead 7-5, while a narrower Welsh win would see England crowned champions but miss out on the clean sweep, just as they did when losing their final game in Dublin two years ago.

Throw in the fact that the match is the last chance for players to stake claims for British and Irish Lions selection and that opposing flankers Sam Warburton and of Wales and England’s Chris Robshaw are among the front-runners to captain the party and all the ingredients are there for a day to savour.

Both sides will have to show improvements from their endeavors this weekend, which the coaches readily admitted to.

Wales ground out a 28-18 victory in atrocious conditions in Edinburgh in a match that featured a world record 18 penalty shots at goal and another record of 13 of them being successful.

They did at least manage a try, hooker Richard Hibbard driving over from close range, something that England failed to do for the first time in 19 meetings with Italy.

Stuart Lancaster’s team spent most of the second half defending in a cruelling match against a much-improved Italian side,as predicted by the Phuket Gazette (click here for article), and were only brought home by the goal-kicking of Toby Flood, whose reward for landing six out of six penalty attempts is almost certain to be relegation to the bench next week as Owen Farrell returns from a thigh injury.

“We’re delighted to get the win, but relieved,” said Lancaster after his team were forced to defend for most of the second half. “It’s a quiet changing room and we know we will have to improve in some areas for the Wales game.

“We’ll take the positives but also the things we need to do better. There was, though, a lot of good stuff to build on so we’re not overly depressed.”

Which is hardly surprising for a man who led England to second place in last season’s Six Nations and now to a shot at a grand slam.

Nobody knows better how to manage the expectation and excitement of a grand slam decider than Clive Woodward, the last England coach to achieve the sweep.

“All the little bits and pieces didn’t quite add up and they’ve got to learn from this,” Woodward told the BBC. “They are going to have to tweak the team a little bit next week but it will be a completely different game.

“It’s just a massive match. Warburton was absolutely man of the match yesterday and we’ve all been looking forward to these match-ups and Lions selection does come down to these big games,” added Woodward, who coached the Lions in New Zealand in 2005.

Lawrence Dallaglio, an integral part of Woodward’s all-conquering side, felt that Sunday’s struggles might have been a blessing in disguise.

“You have to say England have not been at their best but in a funny sort of way going into Cardiff next week it’s not the worst thing that could happen,” he said.

“If they had run many, many tries in the build-up would have been very different.”