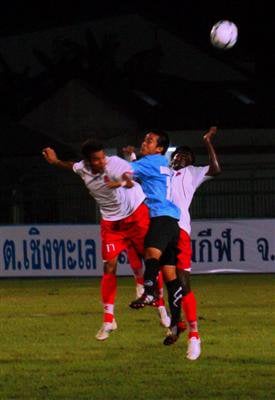 PHUKET CITY: Looking for some excitement next Sunday? The Phuket FC soccer team will take on Yala at Surakul Stadium on May 10, starting at 5pm.

However, they showed marked signs of improvement in a close 4-3 defeat against high-flying Nakhon Sri Thammarat last time out.

Despite the lack of home success, home games have proven to be entertaining affairs, with 12 goals scored in 180 minutes of football.

Away from home, Phuket FC have collected four points, three from a 1-0 win over Krabi and one more from hard-fought scoreless draw at Phattalung.

Tickets for Sunday’s match are priced at 50 baht.

Click here to view the supporter’s thread on the Phuket Gazette/Thaivisa.com community forum.

No evidence of poisoning in Phi Phi tourist deaths