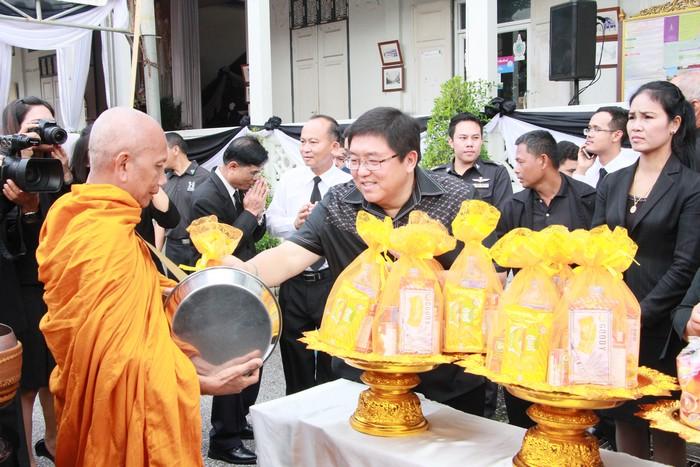 PHUKET: Hundreds of Phuketians stepped out early this morning to take part in a merit-making ceremony with 89 Buddhist monks at Phuket Provincial Hall, to mark the 7th day of mourning since the passing away of His Majesty King Bhumibol Adulyadej on October 13.

Phuket Governor Chokchai Dejamornthan led provincial officials and the public in making alms offerings to the monks from 6:30am to 7:30am.

Buddhist temples throughout Phuket are holding daily prayer vigils from 3:52pm – the time announced of the King’s passing last week – until November 12.