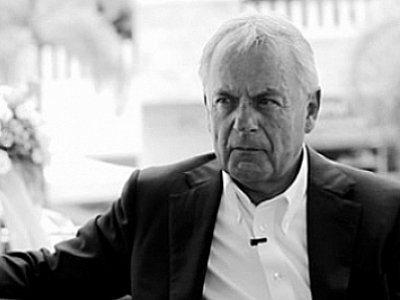 PHUKET: Asia’s leading consumer Boat Show, the Phuket International Marine Expo (PIMEX), opened with US$250 million (THB 7.5 billion) of boats on display, ranging in price from US$80,000 (THB 2.4 million) up to US$14 million (THB 420 million), the largest being the 92-foot Pershing presented by Ferretti Group.

Attending PIMEX for the first time was Robert Braithwaite, Founder and President of Sunseeker, who opened the Sunseeker display together with local dealer Max Marine Asia, presenting a trio of boats – the new Manhattan 53, together with the Manhattan 63 and Manhattan 73.

Mr Braithwaite described how important the Asian market was, bearing in mind the economic downturn around world, and that Asia was a piece of the jigsaw that has filled the gap.

He added that the company will be launching five new designs between now and January next year, culminating at the London Boat Show next year.

He added that Thailand has been very good for the company, especially with the launch of the Sunseeker 53, which has a new hull design that provides a “softer” ride.

The first day saw several boat deals in process with more details expected to come to light over the next few days.

The show is sponsored by the Phuket Gazette, who invite all exhibitors and attendees to a wine reception at their booth (#21) this evening from 5:15 to 8pm.

Boating enthusiasts are also invited to visit the launch issue of the publisher’s latest magazine, ‘All at Sea’. It is available in hard copy at the show, as an insert in 6,000 copies of this week’s Phuket Gazette newspaper – now on sale throughout the island – and as a pdf file here.

Phuket’s new incinerator online “by May’