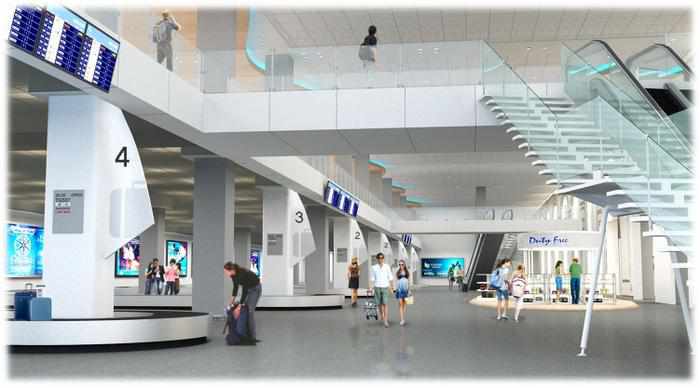 “Originally, completion of the project was scheduled for mid-2015, but a number of difficulties faced by contractors – including heavy monsoon rains – has caused the project to be pushed back to the middle of 2016,” said Mr Prathuang.

The delay means that, based on current projections, the 12.5-million-passenger capacity of the newly-expanded airport will already have been surpassed when it opens in 2016.

Last year, the number of international and domestic passengers passing through Phuket Airport topped 11 million, and that number is projected to be more than 12 million by the end of this year.

“The number of visitors to Phuket is growing fast, largely due to the increasing popularity of its resorts and its reputation as a global tourist destination. Passenger numbers are expected to soar to 12.5 million by the end of this year, well over the 6.5-million-a-year capacity the airport was built to handle,” said Mr Prathuang.

By the time the expansion is finished, passenger numbers could be topping 18 million, he noted.

Last week, Airports of Thailand (AoT) announced that it would seek funding for additional upgrades to facilities at Don Muearng and Phuket Airport, to be carried out in tandem with existing expansion work.

Under the plan submitted to the National Council for Peace and Order (NCPO), the state-controlled airport operator advocates raising passenger-handling of the two airports further to 60 million and 18 million, respectively.

AoT management said that there was an immediate need to proceed with the upgrade as passenger traffic at the two sites would soon surpass capacity of the current expansion at both airports.