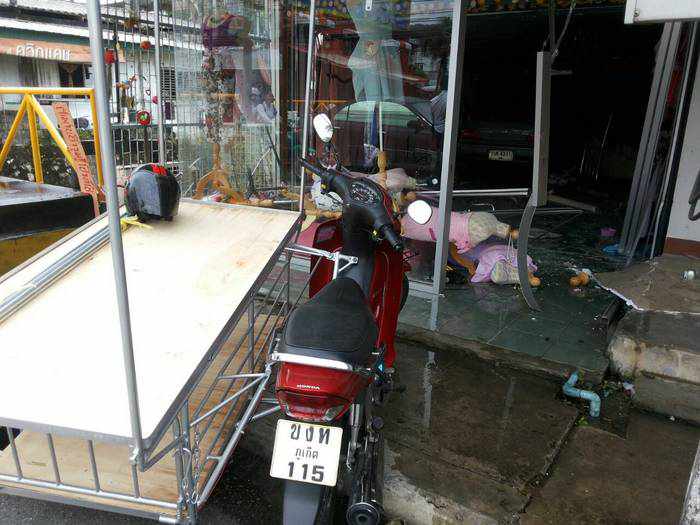 PHUKET: A 5-month-old girl was injured after a Toyota saloon plowed into a clothing shop this morning.

Police were called to the scene on Yoawarat Road in Phuket Town where the Toyota had slammed through the plate-glass window of the “Pumpui Apple Shop”, ending up in the back of the clothing establishment.

“Somsong Teeraputjek, 54, on a motorbike, was overtaking a motorbike and sidecar when she collided with a Toyota car driving in the opposite direction,” said Maj Suchat Meelumpong of the Phuket City Police.

The driver of the Toyota then lost control and careened into the clothing shop injuring the baby girl, who was rushed to Bangkok Hospital Phuket with facial injuries.

The Toyota driver, who police declined to name, suffered no serious injuries and was escorted to Phuket Town police station for further questioning.

Phuket Airport’s 5.7 billion expansion to be delayed until mid-2016