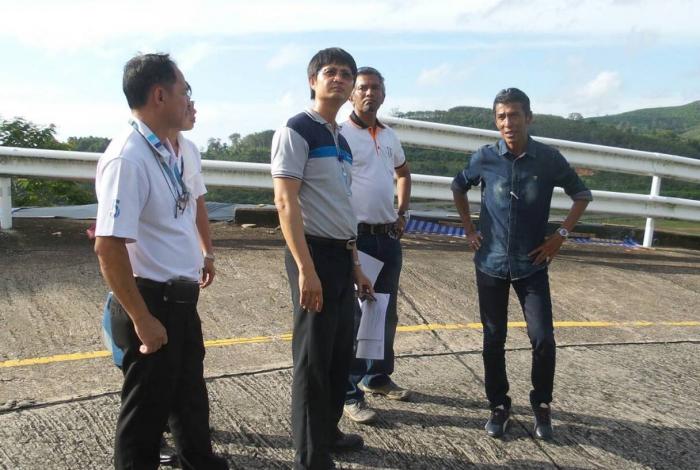 PHUKET: A plan to prevent landslides along the road running parallel to the runway at Phuket International Airport is expected to be completed by next month.

The need for a plan came about when continuous rains on August 31 loosened the earth on the 141-meter-tall hill (Khao Bo Sai), and caused a landslide that spilled onto the road (story here). It has yet to be rectified.

“We held meetings regarding the matter on September 1, 7 and 14 with relevant authorities to figure out an appropriate solution,” said Somsak Pakdeerak, deputy director of Phuket International Airport. “The Phuket Highways Office is responsible for the design, which is expected to be completed by October 20.”

Mr Somsak added that his own office, as well as the Aeronautical Radio of Thailand and Phuket Highways Offices, will be handling the finances for the project.

“We want to inform the public that we are not taking the matter lightly, and plan on repairing the road ‘as soon as possible’. Meanwhile, we apologize for any inconvenience caused,” he said.