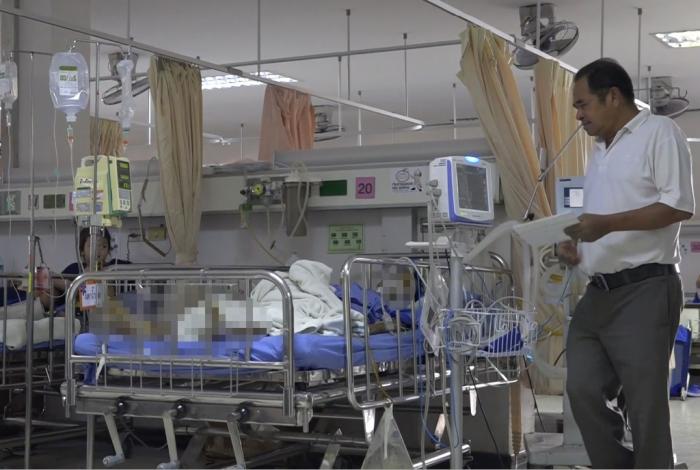 “Thirty-year-old Mueang Santoo had passed away about an hour before we arrived at the hospital,” said Capt Issaret. “Hospital staff confirmed that he was admitted on September 19 with a high fever.”

Hospital staff told police that several men – who claimed to be his ‘friends’ – brought him to the hospital, but then disappeared after he was admitted.

“The staff don’t know who the men were or where they work,” added Capt Issaret.

“For now, we only have the deceased’s name, but we are trying to get the other men’s identities as well as the whereabouts of this victim’s relatives.”

Samkong Underpass to be closed for maintenance, completion pushed to October end