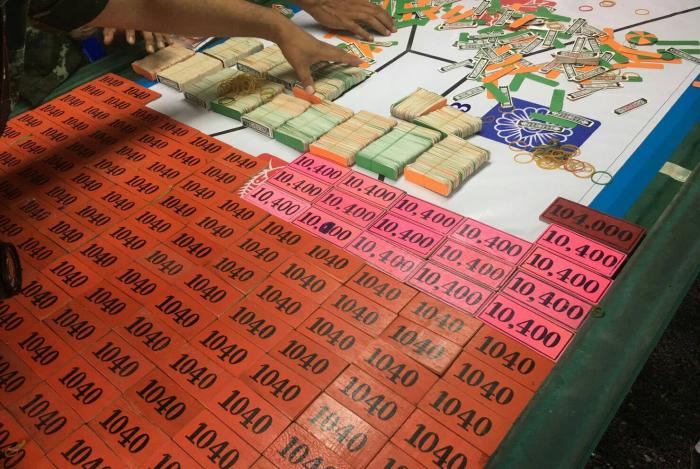 KRABI: A joint task force arrested 66 suspected gamblers and confiscated over half a million baht worth of gambling paraphernalia during a raid of a local gambling den in Krabi yesterday.

More than 30 officials from Nua Khlong Police, along with 16 military personnel, marched into the middle of a rice field at Pakasai sub-district of Nua Khlong District, where a local ‘casino’ had been set up.

“The place was in operation for about five days. We quickly set up a task force to prevent anyone from escaping,” said Col Manop Kositaman of Nua Khlong Police.

“Two tents had been set up in the middle of the field, where the gamblers were participating in a local games called Kung Pla (shrimp and fish) and Pai Pong (a game of chips).”

Officials also arrested Vichean Kertrak, the man reportedly running the casino, and seized more than 190 chips worth about 546,000 baht.

“Locals believe the casino belongs to a powerful politician in the area, and we plan to question Mr Vichean regarding the matter,” added Col Manop.

All those apprehended were taken to Nua Khlong Police station for further questioning and charged with illegal gambling.