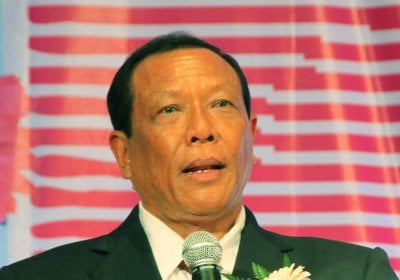 The project is now under review by the Ministry of Natural Resources and Environment, said Mayor Pian.

“According to our survey, 86.3 per cent of the high-ranking government officers who have seen the project details agree it should commence… so I believe we will receive the go-ahead within six months,” he said.

At a public meeting held in July last year, project consultants announced the proposed route for a three-kilometer tunnel.

However, the route sparked opposition from members of Patong’s Ban Mon Community, who feared they would be inadequately compensated for expropriated land needed for the project.

At that same meeting, study project manager Pongchanit Chuwiruch said the tunnel could be completed in six years “if all went well”.

In a recent poll of residents and tourists carried out by the Phuket Gazette, the Patong tunnel project received less than 5% of the votes, compared to over 50% who thought a decent airport bus service was more important.

Phuket’s Bebe and Boo Boo on leave from active duty