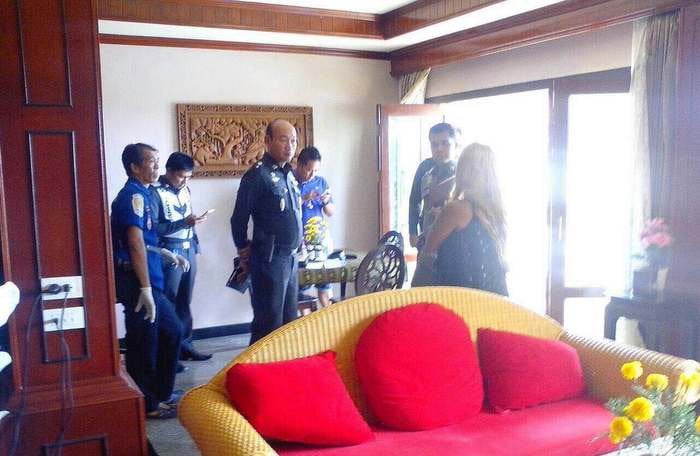 PHUKET: A Belgian expat was found dead at his rental room in Patong yesterday after he was allegedly unable to pay rent for his businesses.

Ronald Desruelles, 60, was found hanging by a rope in his bathroom at Prince Edouard Seaview Apartments and Resort by his girlfriend Paweeni Sooksan, 30.

Ms Paweeni told police that Mr Desruelles owned three restaurants in Patong and that he was having trouble paying the rent and employees’ salaries, confirmed Lt Col Jongserm Preecha of the Patong Police.

“He became drunk and kicked Ms Paweeni out the room. However, when she returned about an hour later, she found him dead in the bathroom,” Col Jongserm said.

Police found no signs of foul play or evidence that the room had been ransacked.

Officers found two notes on the table addressed to the restaurant manager and to the owner of his apartment.

“The note briefly told the manager to sell the restaurant and use the money to pay the employees and rent,” Col Jongserm added.

Chanathinat Suvannakat of the Prince Edouard Seaview Apartments and Resort told the Phuket Gazette that Mr Desruelles had been staying at the residence for about five or six years and that they are fully cooperating with the investigation.

The Belgian Embassy has been informed of the death, confirmed Col Jongserm.

Governor clamps down on airport taxis