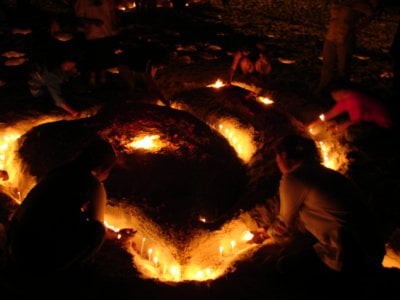 PATONG: More than 1,000 people amassed at Loma Park last night for the “Light Up Phuket 2006” ceremony to commemorate two years since the Indian Ocean tsunami.

Tourism and Sports Minister Suwit Yodmanee opened the evening ceremony with a speech, during which he commended Phuket’s recovery and suggested that a remembrance ceremony be held in Patong every year.

Phuket children sang about remembering those lost to the wave.

After the song the crowd observed a minute’s silence.

K. Suwit then led attendees in laying wreaths on the beach. Attendees also lit thousands of candles on the beach and released balloon lanterns into the night sky.

Impact of investment crash “too early to tell’