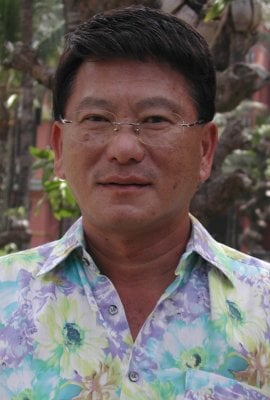 KATA: Pamuke Achariyachai, Managing Director of the Kata Group of hotels and resorts, has been appointed Honorary Consul-General for Phuket by the Republic of Finland.

The appointment comes partly in recognition for the role played by K. Pamuke and his Kata Group staff in helping Finnish victims of the 2004 tsunami disaster. Finnish Prime Minister Matti Vanhanen visited the resort during the recovery period to thank staff there.

“I feel most privileged and honored to accept this responsibility, not only because it is a unique experience for me but also because HM King Bhumibol Adulyadej personally signed the document to endorse me,” said K. Pamuke, whose wife Thanyarat is Senator-elect for Phuket.

Although the position is mostly honorary, K. Pamuke will help arrange documents for Finnish nationals who want to renew their passports and assist others who encounter problems in Phuket.

K. Pamuke, also a former Phuket Chamber of Commerce President, said he did not think the work would be too demanding.

“As I am already in the hotel business I am used to helping people out,” he said happily, adding that on July 21 he would open an office at the Kata Beach Resort to conduct his work as Honorary Consul.

The appointment is unusual. Countries generally appoint their own nationals as honorary consuls.

“Aftermath’ set to be converted into tourist spot