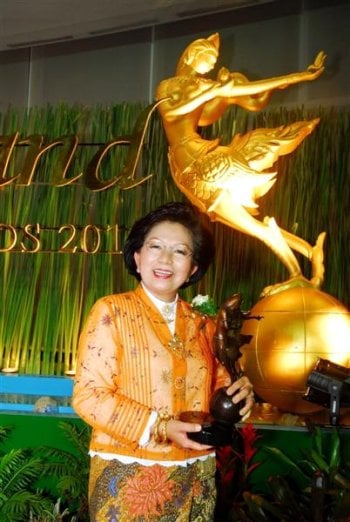 The judges voted to bestow the Phuket project the award after they inspected Thalang Road and Krabi Road on May 7. The city was selected in the category of “Tourism Support and Promotion Organization”.

The awards, initiated in 1996, are held by the Tourism Authority of Thailand every two years.

“The judging panels have visited and inspected all applicants, and consequently deliberated at their meetings to select remarkable works having eco-friendly management, adopting the sufficiency economy theory, adding value and volume to tourism products and services, and having readiness to promote tourism marketing, as a conceptual framework for judgment,” said a TAT release.

“In this year’s significant event, there are a total of 112 award winners,” it added.

For a list of other Phuket-based winners of Kinnaree awards, as the trophies are named, see the previous report by clicking here.

For previous stories about the city’s on-going work to beautify the old quarter, click here and here.