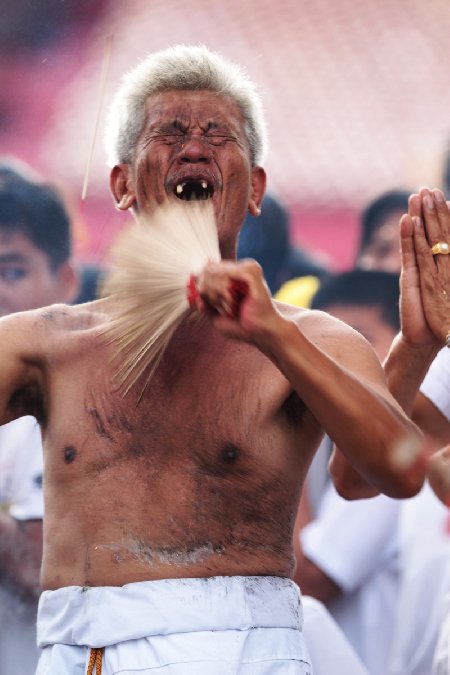 PHUKET: The Phuket Vegetarian Festival 2010 officially got underway with the arrival of the new moon early this morning.

Activities to welcome down the Nine Chinese Warrior Gods from their celestial realm actually took place last night with the raising of go teng poles at participating Chinese shrines, most of which are located in or near Phuket Town.

There will be a special ceremony at the central stage area at Saphan Hin starting at 5pm tomorrow to wish health and happiness to HM King Bhumibol Adulyadej. It is the first time such an event has been held in the festival’s 185-year history.

Results of the “snap poll” posted on Monday reveal that a majority (52.4%) of Phuket Gazette online readers said they were “not looking forward” to the festival.

Any readers with unique photos capturing the spirit of the festival are encouraged to share them with fellow readers by sending them to: news@phuketgazette.net