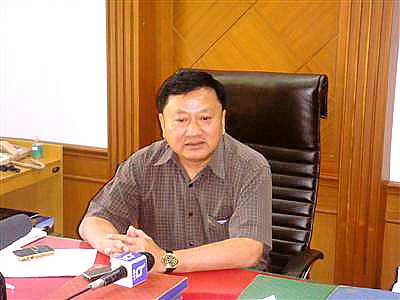 PHUKET: The ongoing probe into official corruption by government officials in allowing land title deeds to be issued on state land should shore up investor confidence, the Phuket governor says.

Phuket Governor Tri Augkaradacha told the state-run MCOT news agency that the probe by the Public Sector Anti-Corruption Commission (PACC) began in secrecy six or seven months ago in Phuket, which has been named as a “model province” by the agency.

PACC members have also identified Phang Nga as another province where corrupt officials were known to collude with investors to have Chanote land title deeds issued on state forest land, especially in prime hillside areas with potential for resort development.

Gov Tri urged Land Department officials to scrutinize all applications for Chanote title deeds filed by holders of the SorKor 1 papers, especially on hillside plots in areas such as Kamala and Patong.

The number of legitimate SorKor 1 papers with upgrade potential that remain is relatively small, he said. Those wanting to upgrade to Chanote titles based on them have to apply through the court system since the application period to do so directly though the Land Department has expired, he said.

Gov Tri added that the PACC’s work should increase investor confidence and help avoid problems “down the road”, such as when buyers find their title deeds revoked for having been improperly issued.

In such cases, buyers who find their title deeds have been revoked can seek justice and compensation through the court system against the party that sold them the deed, he said.