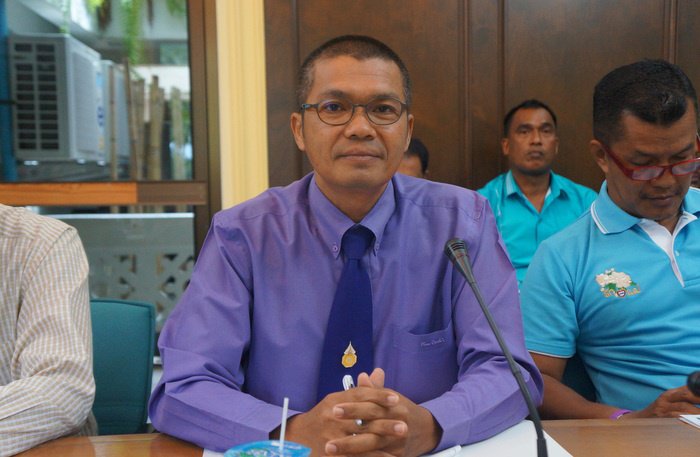 “The names of the four companies, comprising three tour companies and one property company, have yet to be revealed, as the investigation is still underway and charges have not been filed yet,” confirmed Phuket BDO Chief Nimit Kangkajit.

“We are checking all accounting systems and other relevant documents before submitting them as evidence to the Department of Special Investigation (DSI),” Mr Nimit said.

“The four companies were found during raids led by the BDO, Ministry of Tourism and Sports (MOTS) Phuket office and DSI from July 12 to July 17.”

A total of 43 companies were checked during the six-day raid, including six involved in food and beverage, 15 in property, 16 in tours, two in vehicle rentals and two spas (story here). Of those companies, 37 were either not open or did not have a director present at the time of the raid.

“These companies were given a 15-day deadline to submit the files, which has already passed,” Mr Nimit said. “However, the files were to be sent directly to Department of Business Development in Bangkok, so I have no information on the topic.”

Mr Nimit assured that the department would forward the files to his office so they could act accordingly, but had no timeline for when this would happen.

“The other two companies were operating from a different business address than they had on their registration. However, we did not file charges against them,” Mr Nimit said. “We only asked that they bring their registration in so we can update it.”