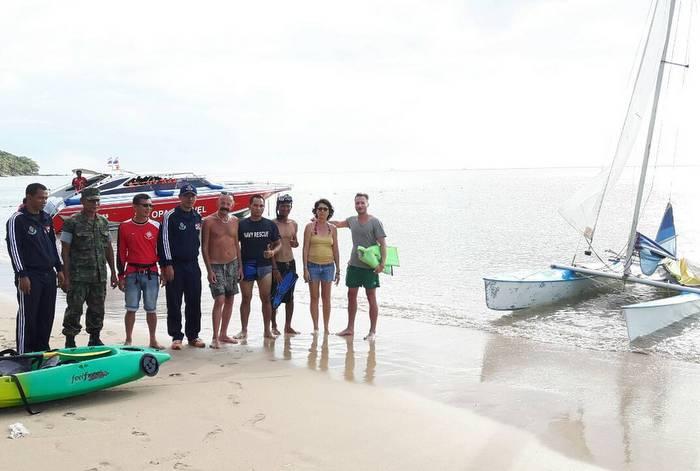 The sailors, named by officers as ‘Thongunnor Bue’ and ‘Caron Bue’, but believed to be Thom Bue and Carol Bue, struggled to control the boat after their tiller broke.

“Unable to control the boat, a large wave hit them broadside and flipped it over,” explained Lt Preecha Sophon, head of the Royal Thai Navy Maritime Security in Koh Lanta.

Rangsan Huengsachoo, the village headman of Moo 3 on Koh Lanta, reported the incident to the Navy at 3:30pm.

“We immediately dispatched a speedboat and found Mr and Mrs Bue treading water by the boat, which was hardly damaged at all,” Lt Preecha said. “We were able to flip the catamaran back over and get them both safely back to shore.”