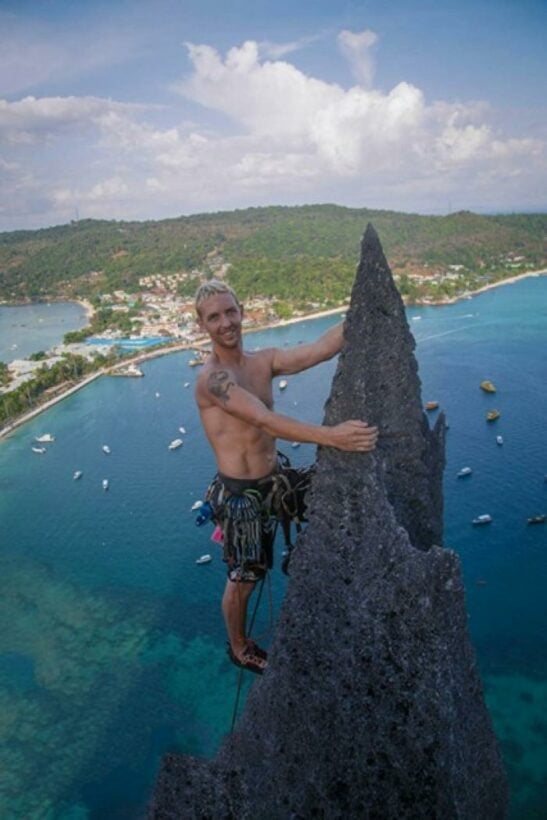 PHUKET: All rock climbers, including independent climbers, are banned from scaling the bolted rock faces on Phi Phi Don as officials look to regulate safety standards.

“We have already explained to nine tour operators offering climbing tours in the Noppharat Thara – Mu Ko Phi Phi National Park area that they must suspend their services until they gain the necessary permission from us,” Sorayut Tansathian, the chief of the national park, told Phuket Gazette. “I am sure other operators, as well as individuals, are also using the rock faces for climbing. They all must stop climbing until they comply with regulations.”

Mr Sorayut explained that he was currently in discussions with the Department of National Parks, Wildlife and Plant Conservation (DNP) about what criteria should be part of the necessary qualifications to secure permission to climb in the park.

“Tourist safety is our top priority, so we are thinking of what needs to be done to guarantee climbers’ safety,” Mr Sorayut said. “We would like qualified staff to oversee climbing tours. However, we’ve yet to establish what qualifications will be necessary.”

Mr Sorayut took over as the park’s chief after the previous chief was removed to allow officials to conduct an investigation into hundreds of millions of baht disappearing during the collection of national park fees (story here).

“I have been set against this since I took up my position. We have yet to clear any company or climbers for the activity,” Mr Sorayut said.