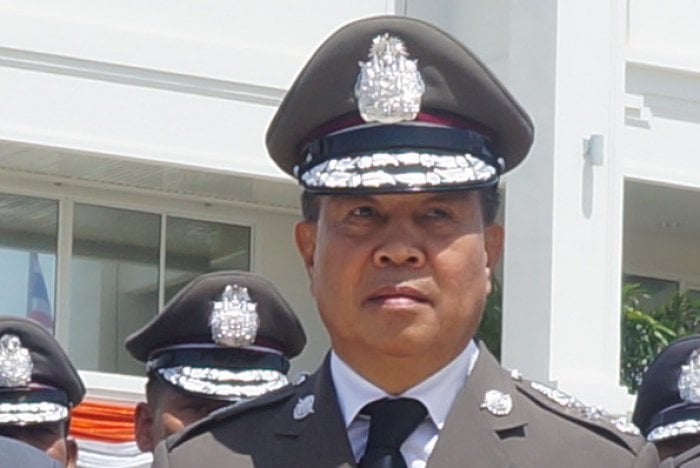 “There are a lot of rumors spreading about where the suspects might be. We have increased security at all borders and exit points in the country, including Phuket. However, there is nothing to be concerned about,” Gen Somyos said during the Region 8 Headquarters’ grand opening ceremony this morning (story here).

“We are continuing to be diligent as the investigation moves forward.”

A total of 11 arrest warrants have been issued so far for the devastating bombing that killed 20 people and injured more than 100, reported The Nation on Tuesday. For those suspects yet to be identified, police have issued sketches.

Today, Region 8 Police Investigation Department Deputy Commander Saharath Saksilpachai confirmed to the Phuket Gazette that all police were fulfilling their roles to ensure that the suspects were apprehended as soon as possible.

“We are all working together to seek any useful information about the case,” Col Saharath said.

Airport Immigration Deputy Superintendent Watcharapol Kanjanakuntorn confirmed that his officers were following strict protocol at Phuket International Airport to ensure that the suspects don’t slip out of the country via Phuket.

“Please do not panic and just enjoy your trip,” Lt Col Watcharapol said.

Phuket nightlife venues to push ministry for 4am close

Power to the guards