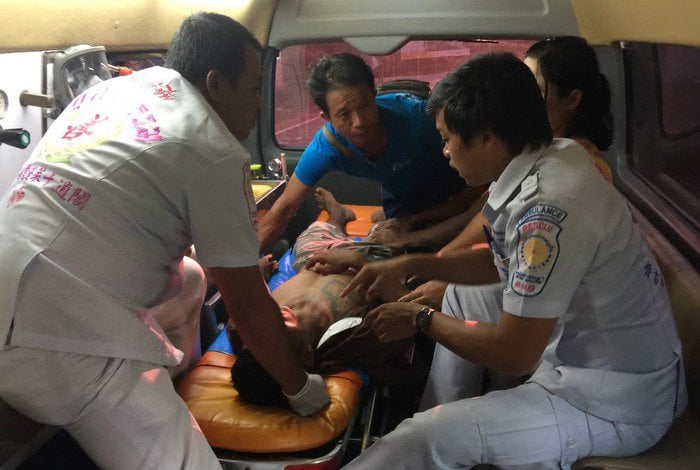 PHUKET: A Myanmar worker was injured by an electrical shock from a metal wall divider inside a Phuket worker camp in Cherng Talay yesterday.

The 28-year-old man, named only as ‘Mr Ao’, was taken to Thalang Hospital by Kusoldharm rescue workers following the accident.

“He was at his place when he touched a metal sheet that we used to separate our rooms,” Mr Soe, one of Mr Ao’s co-workers, told the Phuket Gazette. “We have been having problems with electrical current leakage for the last couple of days. It might be because of the rain.”

Mr Soe told the Gazette that those living in the camp had not alerted the camp’s supervisor of the leakages.

The supervisoer has now been informed of the situation and is seeking to remedy it, confirmed Mr Soe.

Mr Ao is continuing to recover at Thalang Hospital.