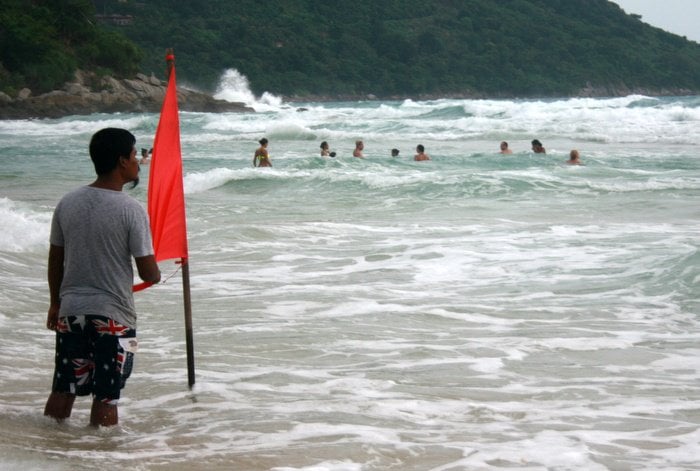 PHUKET: Phuket Marine Police recovered the body of a Korean tourist yesterday afternoon. The tourist went missing in the heavy surf off Kata Noi Beach, which had been marked a no-swim zone by red flags, on Wednesday (story here).

“We received a report at about 3pm from a dive boat saying that they had found a body floating near Koh Poo,” said Phuket Marine Police Chief Panya Chaichana. “We immediately sent a boat out to recover the body.”

Family of the missing tourist, Seung Jinseo, 46 – originally reported as 45-year-old Seo Seungin – confirmed the identity of the man for police at Vachira Phuket Hospital.

“We are very sorry for the family’s loss. We did our best to search for him,” Col Panya said. “At least we were able to recover the body and give the family closure.”

Mr Seung’s body will be cremated in Phuket, confirmed officials.

Also this week, a Chinese tourist drowned after being swept out to sea in a red-flag zone on Karon Beach (story here).

Col Panya has encouraged all swimmers to heed red-flag and to listen to lifeguards’ warnings.