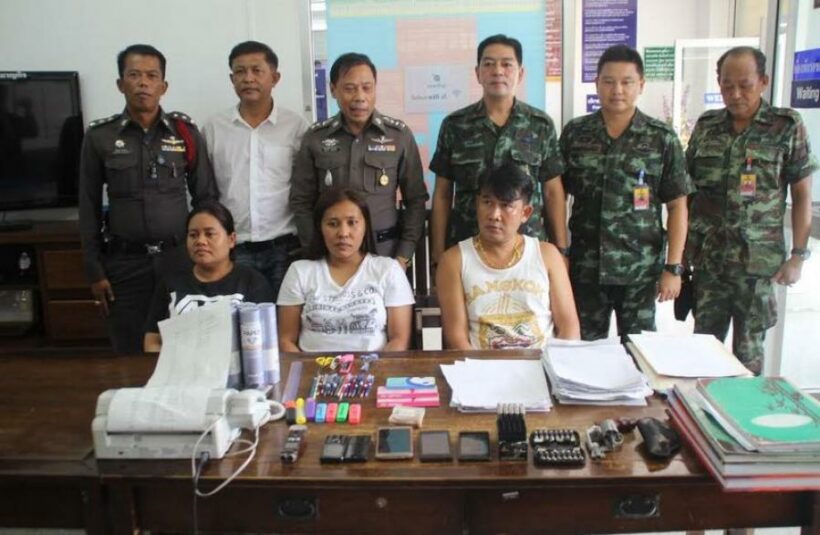 The arrests were made at a staff housing unit at Banglam ‘Health Promoting Hospital’ in Takuathung District.

The three suspects are Kamol Tongdeeying, 48, a palm oil farmer; Cholthida Makkhum, 35, an accountant;; and Pornthip Jankham, 31, also an accountant.

Police examined the bank book and estimated the earnings from ticket sales at about a million baht a month.

All three suspects confessed when questioned and were charged with running an illegal lottery operation. They were taken to Takuathung Police Station.

Illegal lotteries and gambling dens are rife in Thailand and normally rely on police protection for their existence. Underground lotteries in Phang Nga alone have been reported in Takuapa, Kuraburi, Taimuang and Takuathung.

Police say they are ‘investigating further’ to unravel the networks.