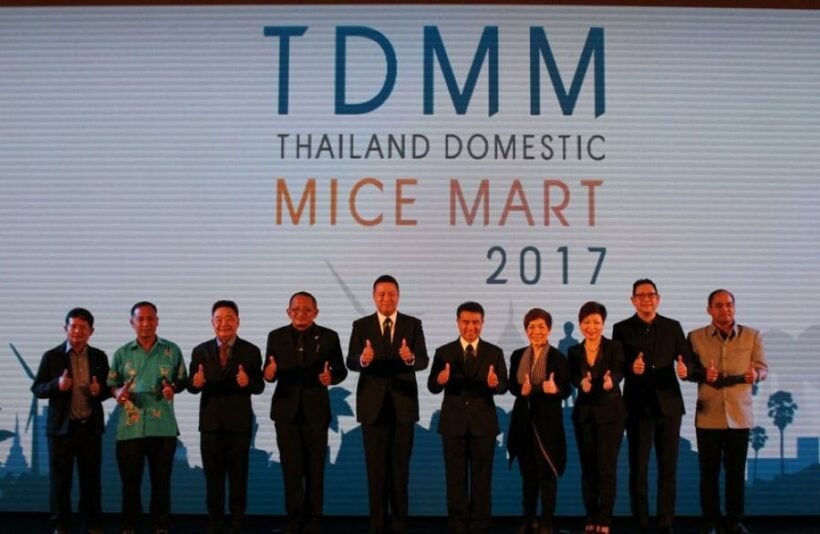 More than 200 participants attended the proceedings, which featured Thai Airways, Thai Smile, Air Asia and Bangkok Airways among the exhibitors.

“This is a great opportunity for buyers and sellers to negotiate and conduct business within Thailand. Our main focus is on the Andaman cluster, that is Phuket, Krabi, Phang Nga, Ranong and Trang, as well as neighboring cities such as Nakhon Sri Thammarat, Surat Thani, Chumphon and Satun. However, we also intend to cater to other major cities throughout Thailand,” said Jirut Issarangkul Na Ayudhaya, acting-president of the TCEB.

“This year, we launched a smart MICE online registration system as well as online satisfaction surveys through social media and websites. With additional government support, Phuket can easily become an important business center, especially with regards to being a Smart City,” he added.

“Phuket is a tourist city that has everything tourists need, along with the added advantage of land, water and air transport options. It is a perfect city for people who love nature and culture. With the progress on Thailand 4.0 and Smart City initiatives, Phuket is ready to welcome high-end travellers,” said Gov Norraphat.

“The next plan is to expand Phuket International Airport so that we can accommodate more tourists and also build a public transport system that will be ready by 2022. In collaboration with TCEB, we are aiming to be one of the best MICE tourism cities in the world,” he added.

Some of the other MICE events held this year include ‘Dreaming Phuket 2017’; the ‘Phuket Gastronomy Symposium’ in April; the ‘Destination Wedding Planners Congress 2017’ and the ‘Rotaract Asia Pacific Meeting’ in May.

This month will see athletes from all over the world coming to Phuket for the Laguna Phuket Marathon, whereas the Andaman Hotelier and Tourism Fair 2017 will be held next month.

A TCEB estimate has it that last year Phuket received 142,000 MICE tourists, who contributed 354 million baht in revenue for the island.