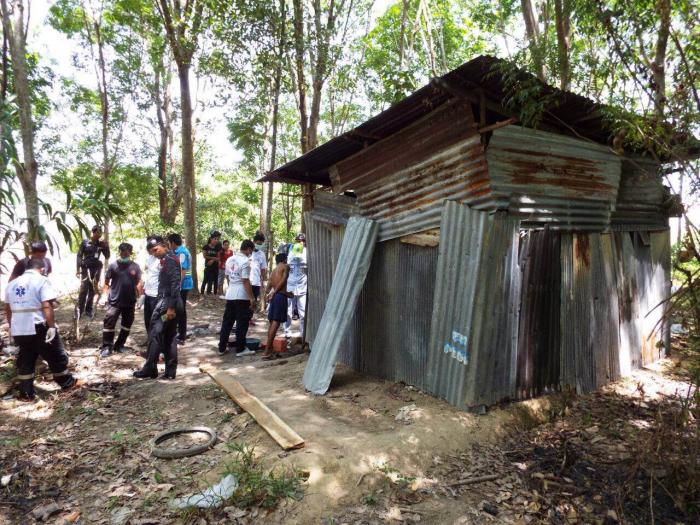 PHUKET: Police have launched a manhunt after the lacerated body of a 25-year-old man was found lying in a pool of blood in front of a shack at a rubber plantation in Mai Khao yesterday morning.

The body of Myanmar worker, known only as Mr Sor, was discovered in the plantation near Phuket International Airport at about 10:50am on Sunday by another worker living in the area.

“There were deep cuts to the man’s back, right arm and by his left ear. We suspect that he was struck with a long knife or sword,” said Lt Thanom Thongpan of the Tah Chat Chai Police.

Police believe that Mr Sor had died at least five hours before his body was discovered.

“The wounds indicate that this was a murder. However, it is not clear whether Mr Sor was embroiled in any disputes with anyone before his death,” said Lt Thanom.

Mr Sor was working as a rubber tapper and was known to other workers in the area. However, none of those questioned could reveal any clues about his death.

The body was taken to Thalang Hospital for further examination.