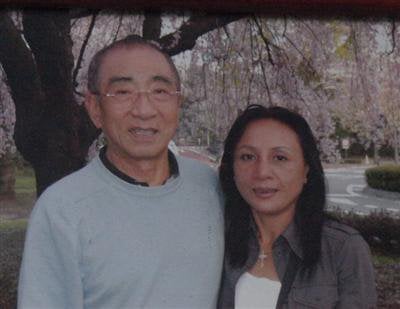 PHUKET CITY: A man was arrested yesterday on suspicion of killing a 75-year-old Japanese national, reportedly out of rage at the victim for abusing his Thai wife, with whom the alleged killer was romantically involved.

Suwit Maengsri, 21, was wanted for conspiring to murder Yukiho Yamada, stealing his cellphone and burning his body to cover up the crime.

He was arrested with 25,640 baht in cash, two cellphones and the crowbar used in the murder.

Mr Suwit told police the victim’s wife, Tabtim Saehak, had let him stay over at the couple’s home when Mr Yamada was away.

He became furious when Mrs Tabtim told him that Mr Yamada assaulted her, especially when she could not find him a satisfactory prostitute, police quoted him as saying.

When MrsTabtim notified him early Tuesday morning, he sneaked into the couple’s home and hit Mr Yamada with the crowbar twice in the face. He then stabbed him in the leg before fleeing with his cellphone.

He later burned the body in a car in an isolated location in Chalong Village 7 and got 30,000 baht from Mrs Tabtim to help him escape.

But he remained in Phuket out of worry for Mrs Tabtim, who was arrested last week.

Police took him to re-enact the crime yesterday.