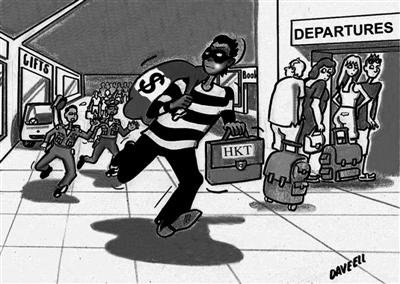 PHUKET: The past week has seen a real change in the weather in Phuket, literally and figuratively.

The monsoon season appears to finally be drawing to a close and with temperatures dropping in colder northern climes, high season is upon us. Hotel occupancy rates are rising and the island’s population continues to swell.

By some estimates Phuket’s actual population is already in excess of one million. The true figure remains unknown.

To keep everyone entertained, numerous events are planned: the 40-million baht Chang-powered Patong Carnival, the Phuket Old Town Festival and the Red Cross / News Year’s Festival, to name just a few. After last year’s airport fiasco, all of this is long-awaited good news for the tourism industry.

The huge influx onto the island, however, spells trying times for Phuket’s law enforcement community.

For every charter flight full of holidaymakers that touches down at Phuket International Airport, it is safe to assume there is a busload full of migrant workers rolling into the provincial bus terminal, all hoping to reap benefits from the extra cash being spent in the province at this time of year.

While the vast majority of these arrivals are honest and hardworking, the sheer number of incoming migrants combined with the current state of the economy make an increase in crime almost inevitable.

As if on cue, the past week has also seen what appears to be a dramatic rise in the number of violent crime: a wild shootout between police and alleged thieves in one of the island’s most popular parks; a woman brutally disfigured in a senseless acid attack (see front page story, this week’s Gazette); a transgender restaurant worker shot through the temple point blank in Wichit; a monk and a merit-maker run over and killed by a hit-and-run driver; a Rajabhat Phuket freshman stabbed to death by a fellow student; and the brutal murder of Japanese national Yukiho Yamada.

We can only hope that this is all coincidental and not the start of a crime trend that will run until March or April.

One cause for optimism was the recent capture of two murder suspects from Ratchaburi who were on the run in Phuket for almost a year.

Indeed, Phuket’s huge migrant population, warm weather, great food and cheap prices make the island an ideal winter escape for people of every stripe, both Thai and foreign –  including some who should be wearing stripes of the type issued in Thai prisons.

It’s a shame that the automated CCTV security system planned for the Tah Chat Chai road checkpoint is not in place, because police are going to need as many tools as possible to combat crime this high season.