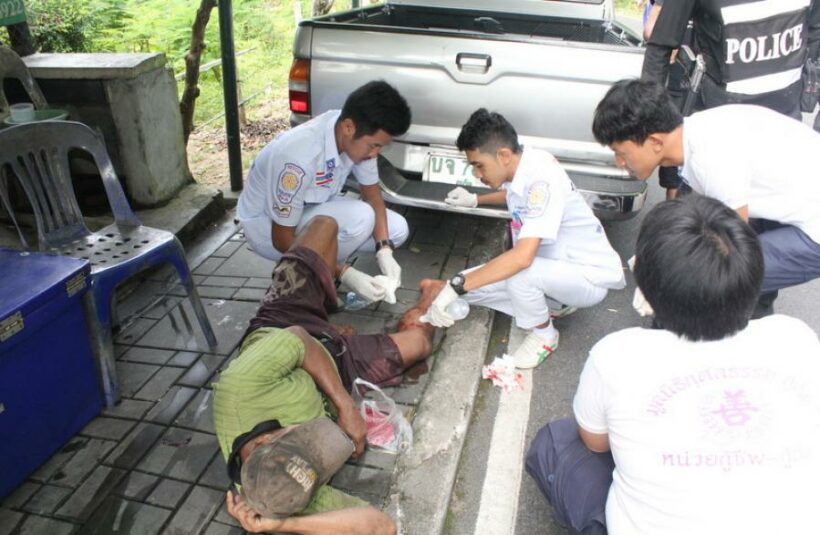 PHUKET: A 52-year-old man was attacked by a troop of monkeys in Phuket at Khao Toh Sae (also known as ‘Monkey Hill’) this morning.

The victim, a Thai man named by rescue workers only as ‘Lee’, had bought peanuts to feed the monkeys. While walking up the hill, the monkeys tried to snatch the peanuts from his hand.

Mr Lee panicked and tried to defend himself, but fell to the ground as more than a dozen of them closed in on him.

Locals gathered at the scene and called emergency services for help. Mr Lee was treated for deep gashes on his leg and later taken to hospital.

Despite signs placed at the scene warning people to be wary of feeding monkeys, dozens flock there daily to do just that.

“This is not the first time that this has happened. We need the government to step in and ensure our safety. Many locals and tourists come to Khao Toh Sae as it is an attractive spot. People also come here to exercise and get some fresh air,” a local at the scene told the Phuket Gazette.