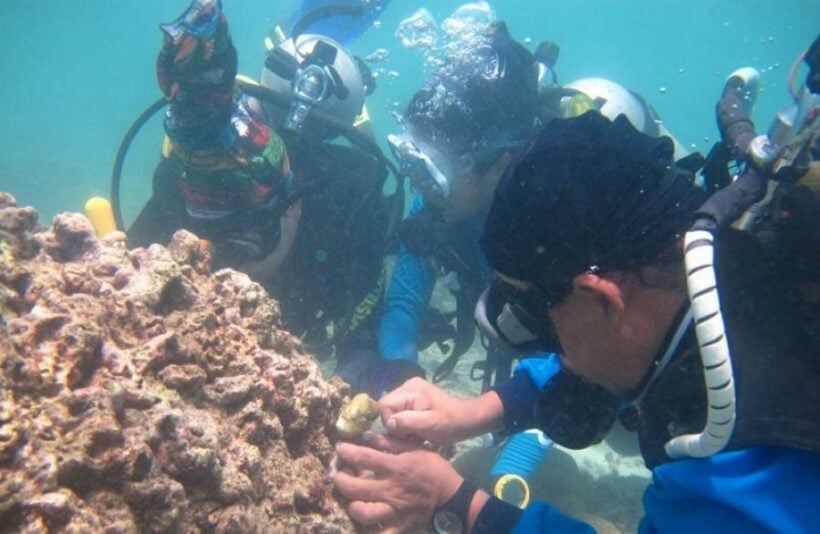 PHUKET: More than two dozen officials and volunteers came together to replace broken and damaged coral on Koh Khai Nai and Koh Yao Noi in Phang Nga this weekend.

A joint task force from the ‘Office of Marine and Coastal Resources Conservation’ (OMCRC) in Phuket and Phang Nga, along with volunteers and representatives from tour companies, undertook the initiative.

“Heavy storms and waves have recently caused a lot of damage to coral in this area. Additionally, some irresponsible tourists and divers have also contributed to this problem,” Paitoon Panchaipoom, chief of the OMCRC, told the Phuket Gazette.

The team collected more than a thousand pieces of broken coral, which were then replaced in the ocean as part of existing reefs and tied together with cable ties.

“We would like to thank all the tour companies and volunteers who took part in this initiative. We hope that it helps to maintain and preserve marine life for future generations,” said Mr Paitoon.

Earlier this year, Phang Nga officials announced the construction of an underwater tourist attraction in honor of Her Majesty Queen Sirikit (story here).

Tragedy averted after Phuket woman threatens to end her life