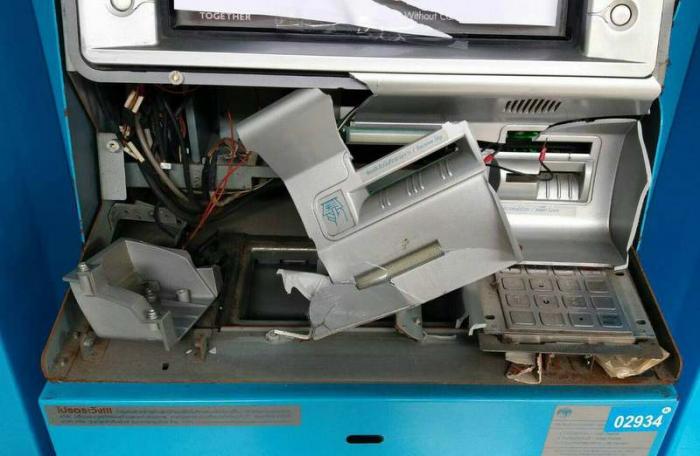 PHUKET: A man was arrested last night after he lashed out at an ATM in Patong earlier that day.

“We received a report from Krungthai Bank that their ATM in front of Arunsom Hotel was destroyed. CCTV footage showed a man repeatedly striking it at 2:52am, before making his escape,” said Lt Col Somsak Thongkliang of Patong Police.

Police tracked down his address and charged him with property damage.

“Mr Anucha confessed, adding that because his account balance did not reflect the 1,000 baht that he’d deposited earlier, he demolished the machine in anger,” said Col Somsak.