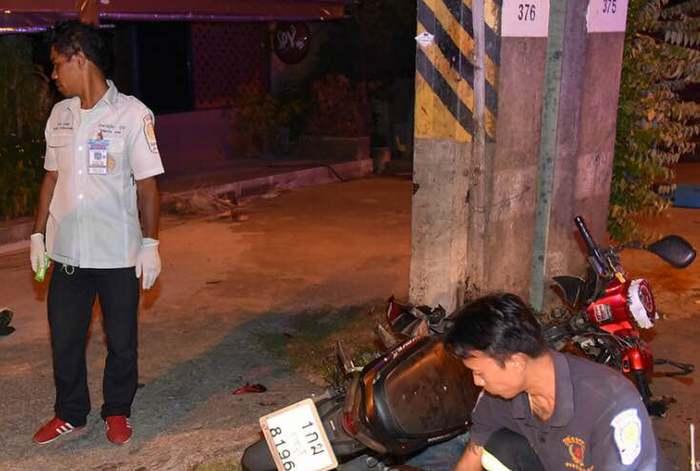 PHUKET: A helmet-less motorbike rider died after crashing into a utility pole in Phuket early this morning.

Jakkrit Rungboon, 30, was pronounced dead at the scene in Kathu. The cause of death was due to serious head injuries, confirmed police.

“His motorbike was heavily damaged in the accident,” confirmed Capt Wattanathorn Bamroongthin of the Thung Thong Police. “However, we have yet to find any witnesses. We are now checking CCTV in the area to see what caused the accident.”