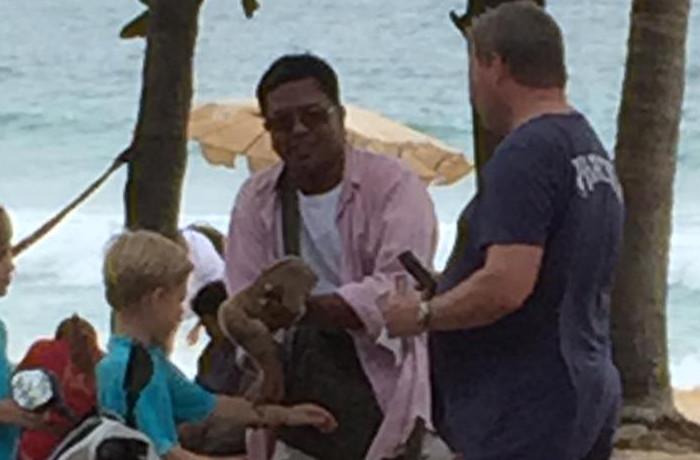 PHUKET: Phuket police vowed to check the licence plate number of a motorcycle ridden by a slow loris tout who was caught on camera pushing the protected animal on tourists at Surin Beach last month.

“We appreciate you forwarding the evidence to us, especially as these images show the man’s face and his motorcycle’s licence plate number,” Cherng Talay Police Superintendent Serm Kwannimit told Phuket Gazette this morning.

The images were reportedly forwarded to police shortly after being taken by a Gazette reader last month. However, lack of action and the surfacing of a slow loris tout earlier this week on Kata Noi Beach (story here) prompted the reader to renew her efforts.

“Please give us a little of time to look into this matter. We will also patrol the beach more to see if we can catch these people in the act,” Col Serm said.

To help the police put an end to animal touts on the beach, Col Serm encouraged locals,expats and tourists to immediately call the Cherng Talay Police at 076-325 630 if they see anyone with a slow loris on the beach.

“We will take immediate action,” he said.