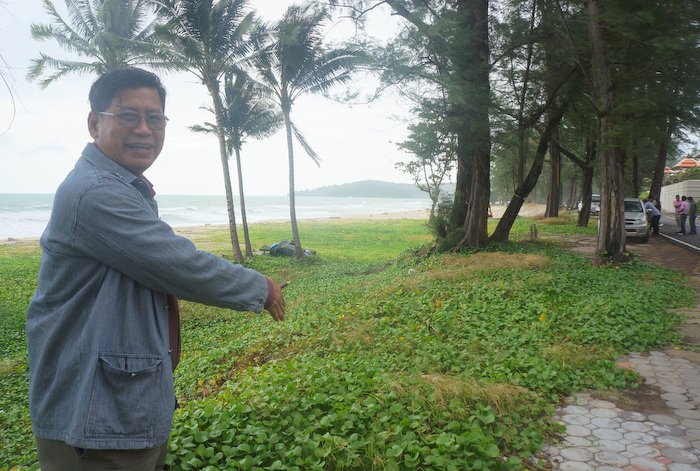 PHUKET: An ocean-view sidewalk and cycling path have been tabled to run along the once encroached-upon Lay Pang Beach, it was announced yesterday by Somchai Chanrod, chief inspector-general of the Ministry of Transport.

The paths will run about three kilometers, with the bike lane being three meters wide and the sidewalk four meters wide.

“If we receive positive feedback about the project, we will look at extending the paths further down the coast,” Mr Somchai said. “This is a pilot project aimed at building a greater understanding within the community about the need for order, and for loving nature,” said Mr Somchai.

Locals who registered with the provincial authorities after losing their jobs through the beach clearance will be allowed to sell food on the sidewalk. However, this is supposed to be on movable carts only, Mr Somchai explained.

“If we have local transport to the beach, families will get a chance to have fun there and this will be another benefit for the beach,” Mr Somchai said.

“Our country’s economic growth relies heavily on tourism and I am certain this project will be beneficial for everyone.”

Mr Somchai mentioned that similar projects are in the pipeline, with one being at Sirinath National Park.

“The officials are planning to build sidewalks and bicycle lanes in the park too. We are hoping this will increase the number of cyclists visiting the park,” he explained.

Successful fundraiser for Kiwi in coma