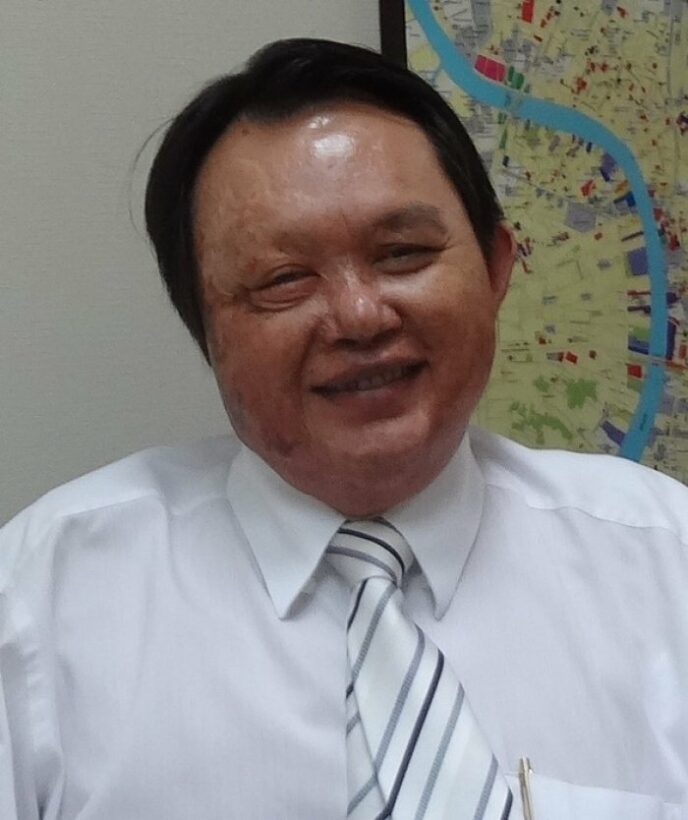 PHUKET: Regardless of whether the Thai gross domestic product expands at the lower target of 3 to 3.8 per cent, as earlier expected this year, it would not help the Phuket budget condominium market, or that of other major provincial cities, as they have already been affected, Phanom Kanjanathiemthao, managing director of Knight Frank Chartered Company, said in an exclusive interview with the Gazette.

One segment that is still looking somewhat vibrant is the development of single houses and townhouses, but the total volume is far lower than the condominium market.

“This is an option for developers, as they still have room to play, but other segments have definitely been impacted. I believe this is because buyers in the mid to low-end range have been hit by the weakening economy,” Mr Phanom said.

Developments in Pattaya are among those suffering because the key buyers, the Russians, have disappeared, while in Hua Hin there is usually more supply than demand can absorb annually.

“Samui can still move along… but I have heard many people say that one has to be very careful about Chiang Mai’s condo market,” Mr Phanom explained.

Currently, Phuket is quite exhausted in the budget and city condominium segment, with projects already built costing from 2 to 5 million baht because of poor sales or large amounts of vacant units in still-developing projects.

“Phuket’s city condos are something which everyone has to be cautious about – more so than normal. At this point, we are actually recommending that such projects not be launched,” Mr Phanom said.

However, he pointed out the bright side.

“As far as we can see, condos along Patong, Kata, Karon, Kamala and Surin beaches in the 3 to 7mn baht price range are still moving.”

The top-notch premium villa segment is flying above the economic malaise, the reason being that there are not that many of this type of project on the island, and each comprises only 10 to 15 pool villas.

“Among the projects launched over the last two to three years is Andara Signature, and this is doing well. As far as we can see, this segment is not something to worry about because it is a tight niche and, to put it bluntly, only wealthy millionaires are buying these villas,” Mr Phanom stated.

Regardless of international crises, particularly the feared exit of Greece from the Eurozone, this group of moneyed buyers will continue purchasing posh villas here if they so wish.

Although it’s feared that the Greek debt crisis will affect tourism, Mr Phanom pointed out that the link between tourism and the premium villa segment is quite flimsy, but certainly more tourists do improve the chances of selling more villas.

“Any widespread repercussions of the crisis in Greece would have some effect on Phuket, but actually those buying mid-range condos on the island come from across the world,” Mr Phanom reassured.

Even as the Russians have disappeared because of the weaker ruble, people from the Eurozone and Scandinavia have been buying property here. There are also other key, healthy markets, including Australia, Singapore, Hong Kong and other Asian countries.

“The Chinese market may continue to grow, so the overall picture is that Asian markets are still on the move,” Mr Phanom said.

Across the Land: Designing creative domiciles