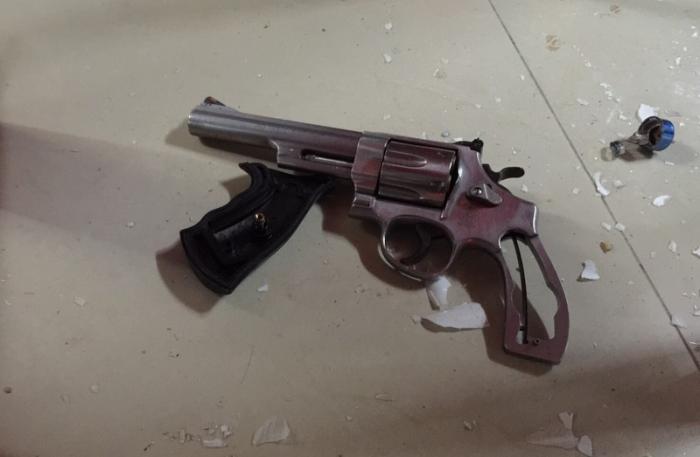 PHUKET: A Korean tourist was seriously injured after he shot himself in the face at Patong Hill Shooting Range last night.

The victim, Dong Ok Yun, 42, was rushed to Patong Hospital by rescue workers.

“Mr Dong sustained a bullet wound under his chin and is now under doctors’ care,” said Maj Pattapee Srichai of Patong Police.

The weapon used in the incident was a Smith & Wesson .44. The victim was later transferred to Vachira Phuket Hospital.

“According to staff members at the shooting range, the gun was loaded with six bullets. After shooting the first four at the target, he suddenly pointed it at his chin,” said Maj Pattapee.

“The staff member tried to stop him and take possession of the gun, but failed. Mr Dong then fired a shot in the air, before pointing the weapon at the staff member, who ran out,” he added.

Mr Dong then shot himself in the chin.

“At this stage, we have yet to learn the reason behind this. We are waiting to question him when he recovers,” said Maj Pattapee.

Last year, a foreigner was killed after he shot himself in the head at the same range (story here) and the year before, a 21-year-old British national turned a gun on himself at Thalang Shooting Range (story here).