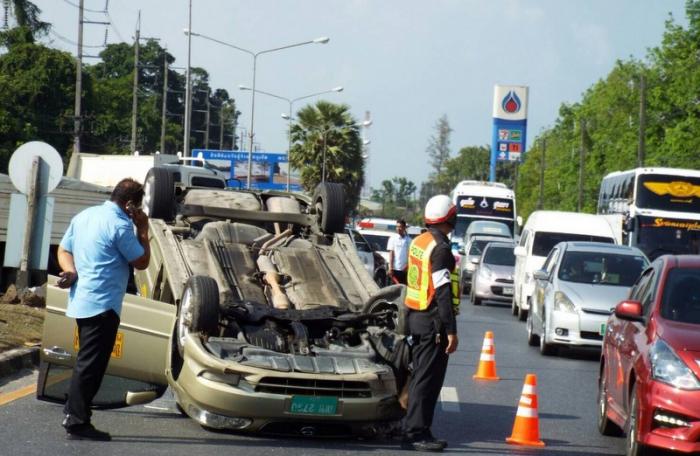 PHUKET: A taxi driver escaped with minor injuries after he flipped his vehicle on Thepkrasattri Road yesterday afternoon.

“We found an upside-down green-plated Toyota Altis taxi in the middle of the southbound lane,” said Lt Suporn Muangkai of Thalang Police.

The driver, Piyapat Sae-Ong, 47, experienced chest pains from the crash and was taken to Thalang Hospital for treatment.

“He said he was on his way back from the airport after dropping off a passenger and was heading home (near Nai Harn Beach), when a Honda Jazz drove out from a nearby soi and cut him off,” said Lt Suporn.

“He swerved to the left to avoid hitting the other car, lost control of his own car and crashed into a pole, causing his taxi to flip. The Honda Jazz fled the scene,” he added.

However, they are investigating further to locate the owner of the Honda Jazz and question him.