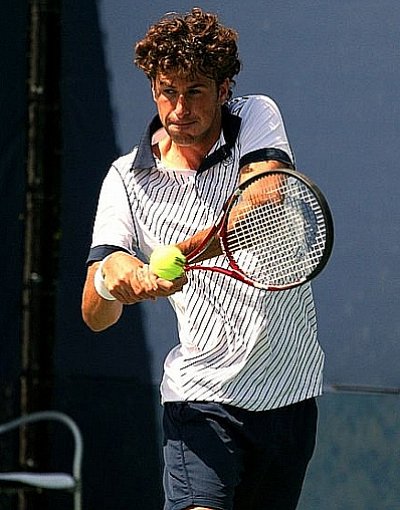 PHUKET: With a round of the Chang International Tennis Federation Thailand Pro Circuit 2011 being hosted at Thanyapura in Phuket next month, it is hoped that Thai number two, Kittipong Wachiramanowong, will participate.

Yesterday, the 20-year-old lost in the first round of the PTT Thailand Open to his idol Robin Haase of the Netherlands, going down 6-3 7-6 7-1 at the Impact Arena in Muang Thong Thani.

Haase, ranked 42 in the world, took just one hour and 23 minutes to end Kittipong’s hopes of progressing beyond the first round for the first time in three attempts.

Kittipong ranked at 523, was clearly disappointed at losing, but satisfied with his performance.

“Personally I was happy with the way I played. I hit the ball well, went for my shots and attacked at the net. I just need more experience and to strengthen my fitness,” said Kittipong.This is Haase’s first visit to Bangkok and during the post match interview it was noticed that the Dutchman seemed unwell.

“I was sick before I arrived, and here people love air-conditioning, but I don’t. But I’m getting better now and I’m okay,” said Haase.In another first-round match: