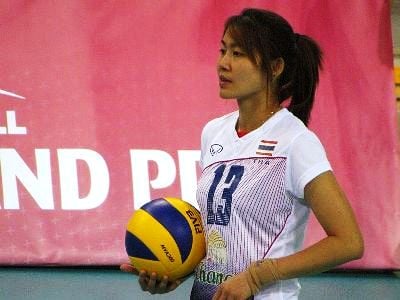 Despite the loss, an automatic World Cup place still beckoned for the Thai team if they won their third-place playoff game against Korea.

Head coach Kiattipong Radchatagriengkai did not pull any punches with his post match remarks saying the players lost their concentration and failed to perform under pressure.

Having played the Latin Cup in Peru last June, the Thailand team then traveled to the Asian Women’s Club Championship in Vietnam in July, then moved onto the three-week World Grand Prix in August which ended in Macau, and just recently the nine-day Asian meet in Taiwan.

The squad is due to leave again for the FIVB World Women’s Club Championship in Doha, Qatar, being held from October 8 to 14.

Several top Thai players will be in attendance for the FIVB Swatch Beach Volleyball World Tour on Karon Beach in Phuket from November 1 to 6, before leaving for the SEA Games in Indonesia from November 11 to 22.

Kittipong out of Thailand Open